In a new season of the dark comedy TreurTeeVee, the inhabitants of the city of Yolandia struggle with life’s big themes. The show combines sketch and drama, absurdism and romance, the deadly serious and the outright silly. Familiar characters Frederik Kaak, Yolanda, and Uusbief, can be seen alongside new faces, in a world that has been completely designed.

Besides already known characters, such as the chainsmoking, unstable psychotherapist Yolanda, perverted plebe Uusbief and egocentric success-presenter Frederik Kaak, we are also introduced to new inhabitants of Yolandia. Like Kalle (Jan-Paul Buijs), a young man who suffers greatly from a broken heart, and is suing his ex. And the very normal teen girl Winnie (Ellen Parren), who has the firey dream of becoming a superstar, but lacks the necessary talent. Jan de Beer (Peter van Rooijen) is a staunch conservative in a hyper-modern world. And butcher Margje (Ellen Parren), who is deathly afraid of The Nothing.

One day, all the shy people drop dead. At the same time, suddenly, all of them. A small municipality organizes a funeral for all the shy inhabitants who have passed away, and they are very keen to speak.

‘The Funeral of the Shy’, the first film by Circus Treurdier, has arrived! Last September, the film premiered at the Dutch Film Festival in Utrecht, entering the Gouden Kalf contest. The film was created within the context of the program NTR-Kort! and is another collaboration with producer Pupkin, also co-creator of TreurTeeVee was. After a great reception at the festival, this adventure will continue: the film was selected for Go Short, the international short film festival, in our very own Nijmegen. 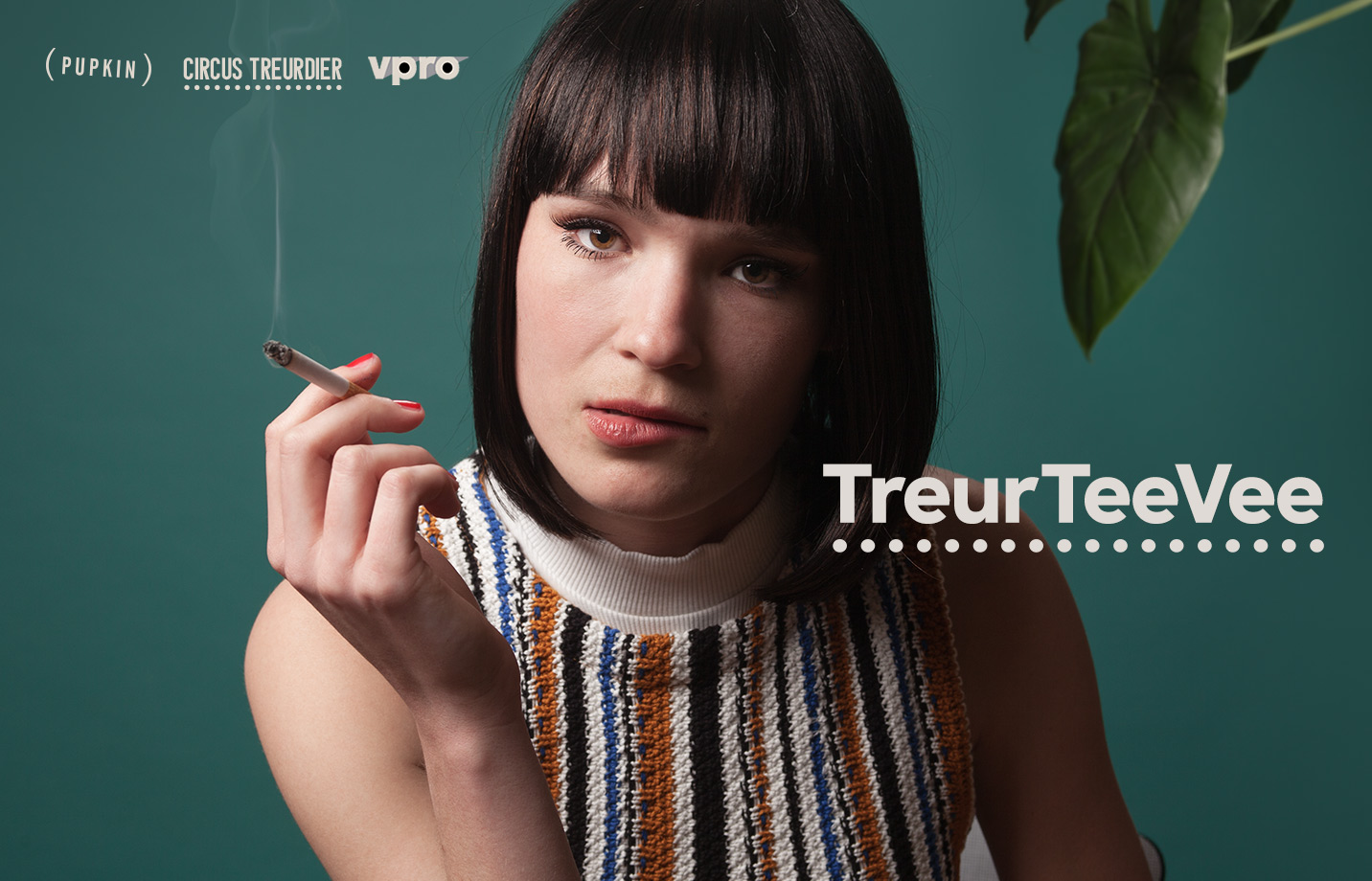 TreurTeeVee is the darkly comedic television series by Circus Treurdier, in which sets, animation, and music come together in inventive ways. TreurTeeVee could first be seen at vpro.nl. In 2014, two pilots were launched here, financed through crowdfunding. One of the pilots went on to be the big winner of the 3LAB tv-week, and was praised in the press for its originality and particularity.

TreurTeeVee creates critical drama in an absurdist way, in a completely designed world. Four main characters struggle with themselves, and society:

Such as Yolanda (Ellen Parren), the chainsmoking psychotherapist who can’t get her own life in order, and doles out surprising advice. There’s Koenijn (Thomas Spijkerman), a singing philosopher in a bunny suit. Sometimes he’s a manic dictator, other times he’s a spiritual leader. As a present-day Messiah, he tries to inspire us. Then there’s Uusbief (Peter van Rooijen), the most bourgeois man in town. Haunted by his perverted fantasies, he always finds himself in the wrong place at the wrong time. Lastly, there’s Frederik Kaak (Jan-Paul Buijs), the vain television presenter, who will kill to quench his thirst for fame, but will do so in style.